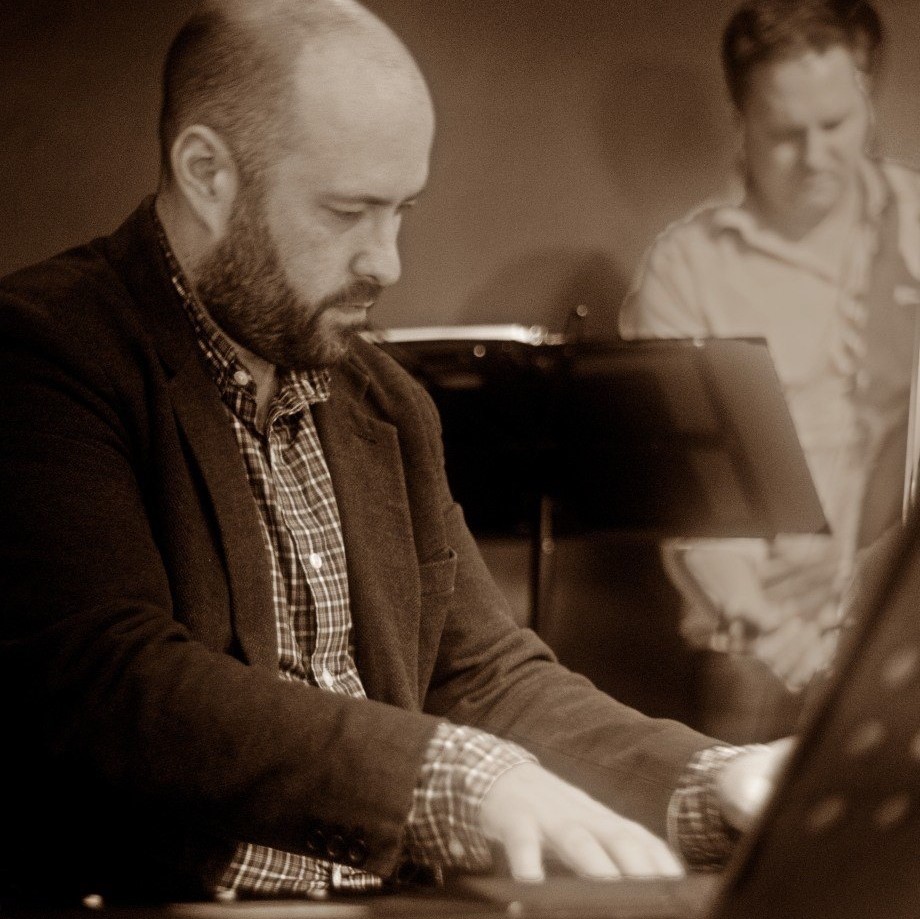 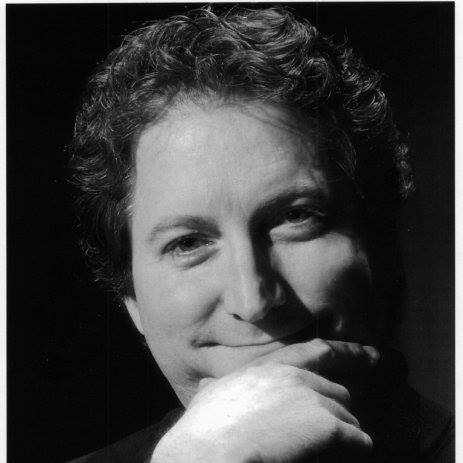 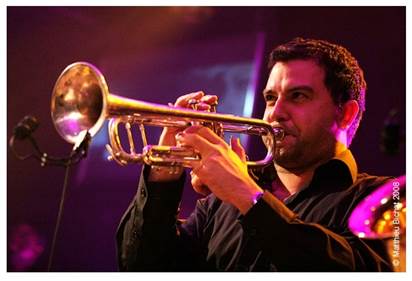 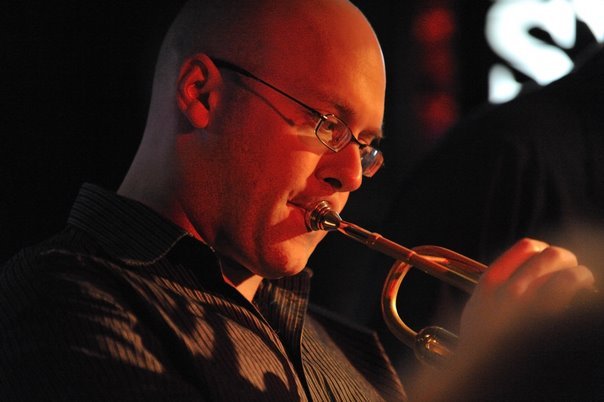 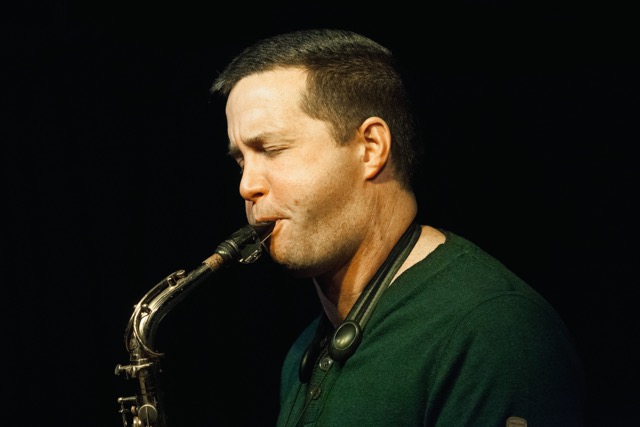 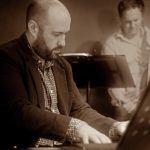 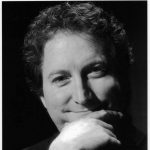 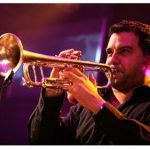 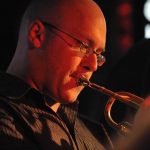 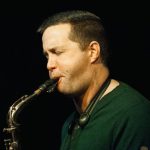 Our annual concert is back, bringing together all of those music students and professors from Regina & area who are teaching at colleges throughout Canada and the United States.  These talented musicians will be returning home for Christmas and getting together to perform and display their amazing skills.

Donny leads and composes for his own Sextet. The Donny Kennedy Sextet
toured Mexico as part of Festival Internacional Cervantino. This group was also
nominated for the GM Grand Prix de Jazz at the Montreal International Jazz
Festival in 2003. In 2001, the group was chosen as one of five groups to perform
in Toronto as part of a Canada Council initiative to promote emerging Canadian
jazz artists.

Montreal-based trumpeter, composer and educator Andy King has for many years
been an in-demand talent in Canada and internationally. He has performed with The Barr
Brothers, Juno award winners Bell Orchestre, Bonobo, Stars, Groenland, Corneille, Nikki
Yanofsky, the Christine Jensen Big Band, the Joe Sullivan Big Band, Eric Lapointe,
Pierre Lapointe and Damien Robitaille, among others. He has recorded with many groups
and artists including The Barr Brothers, Pierre Lapointe, Nikki Yanofsky, Groenland,
Corneille, Hey Rosetta, and Hugo Lapointe.

Originally from Regina, Dave is one of Montreal’s finest contemporary jazz soloists. He has performed with Oliver Jones, Ranee Lee, Karen Young, and Vic Vogel, to name a few. He has recorded numerous CD’s and radio shows as a sideman. He has released one CD with the ‘Dave Mossing Quintet’ which has performed at various venues around Montreal.

Jeff McLeod is a Toronto-based pianist and organist originally from Regina, Saskatchewan. He is an active live and studio performer in the Canadian music scene. He has two recordings under his own name. His first record, Double Entendre, was recorded in Toronto in 2012 and features Jeff in organ trio and piano trio settings along with guest soloist Mike Murley. His second record, Belaney’s Secret was recorded in Montreal in 2013 and is co-led with Montreal saxophonist and long time friend Donny Kennedy. Jeff lived in Rochester New York for 6 years while studying and teaching part-time at the Eastman School of Music. While at Eastman, he studied with Harold Danko and Bill Dobbins. Jeff has performs regularly on the Toronto music scene with many musicians including Chris Gale, Alex Dean, Ted Quinlan, Morgan Childs, Nathan Hiltz, Lorne Lofsky, Ben Bishop, Alison Young, Perry White, Shirantha Beddage, Mike Downes, Neil Swainson, Andy Scott and is the pianist for well-known vocal group The Nathaniel Dett Chorale. While living in Regina, Jeff regularly performed with Jack Semple, Jason Plumb, Joel Fafard, Dan Silljer, Ed Lewis, George Taylor and Stepchyle, Kris Craig and Carlo Petrovitch. He he also spent two summers touring with singer/songwriter Serena Ryder. Jeff returns to Regina every July to teach at the Prairielands Jazz Camp.

Joel Kerr is one of Montreal’s busiest and most versatile bassists, as well as a composer, arranger and bandleader.  He is involved in many ongoing creative projects, and immersed in Montreal’s jazz, world and soul music scenes. His current project is an electric group, a throwback to the musical explosion of the late 60s and early 70s, but with the influence of modern sounds such as indie rock, contemporary classical music, and R&B.  The ensemble features Kenny Bibace on guitar, Andrew Boudreau on Fender Rhodes, Mark Nelson on drums, and Mireille Boily on vocals.  The group released a new album, False Dawn, in May 2015. Joel’s other main projects include The Key-Lites (soul), Siach Hasadeh (new old Jewish music), Shtreiml (klezmer), Bean (experimental jazz), and The Firemen (country). As a cross-genre sideman, Joel performs with several artists, including Moe Clark, Irem Bekter,  Marie Trezanini, and Marie-Claire Durand. With these groups as well as various other ensembles ranging from symphony orchestras to rock bands, Joel has toured extensively across Canada, as well as in the US and Europe. Joel holds a Master of Music in Jazz Performance degree and a Master of Library and Information Studies degree, both from McGill University.

Roy Sydiaha has been active in the Saskatoon music scene for more than 35 years, playing with the Saskatoon Symphony, his own jazz combo, The Martin Janovsky Orchestra and the Metro Jazz Ensemble/Saskatoon Jazz Orchestra, to name a few. He has played with many of Regina’s finest, both at Jazz Society events, and with his band Memory Lane: A Tribute to the ’40s, ’50s and ’60s.

This is an archived event from December 29, 2017 8:00 pm. Tickets are no longer available for purchase. View our events page for details on upcoming concerts.